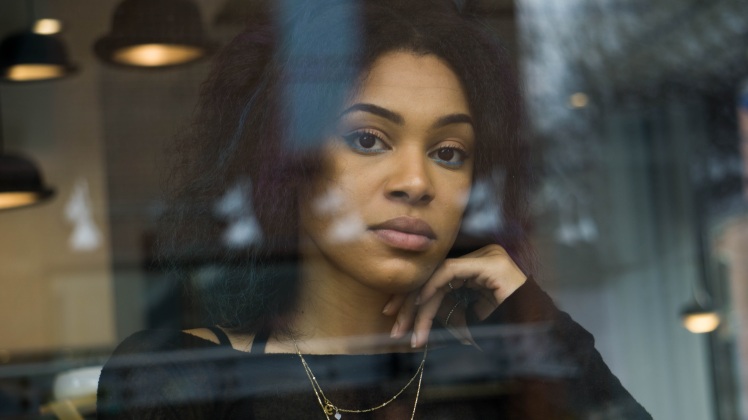 When I met Alex I was not impressed. He was SUPER corny and everything that came out his mouth annoyed me. I didn’t understand how any woman would be interested in him. He was a cool person, but he was young and had A LOT of maturing to do. My junior year of college we had a class together and he expressed his interest. I continuously curved him, but once he invited me over his house for dinner, I decided to give him the time of day. No man had EVER cooked for me so I appreciated the invitation.

I got to Alex’s house and the catfish and mac and cheese he made me was soooo good. After I ate, he even gave me a foot massage. This was royal treatment that I had never received from anyone I was involved with so I was really enjoying myself. That night, Alex confessed that he had asked around about me to figure out what kind of girl I was. He told me that his “source” had told him that I was a good girl and probably a virgin. I laughed so hard, because it was far from the truth, but I thought it was cute that he did his research. I kept my innocent reputation by being involved with men who weren’t at my school. When a college is only 3% black people, business spreads quick as wildfire throughout the Black Community and I was determined to avoid that.

Alex and I hung out a few more times and I was trying hard to convince myself to like him. He was adorable, but I just couldn’t get past how immature he was. However, I kept enjoying my free meals and leading him on. This was messed up, because I could tell he had feelings for me and I was being selfish AF.

One night me and Alex went out to party. We had danced together and even though I was drinking that night, I STILL wasn’t really feeling him. After that I realized there was no chance that we would ever be more than friends and I needed to distance myself from him. However, he was determined and continued to be persistent.

One night I was horny as hell and he just happened to ask me what I had planned for the night. I let the text sit for a second and eventually told him he could come over. He came over and lets just say that night should of NEVER happened. We had sex and it was BAD. He was really into it and the moment he called me a “bitch” and it didn’t turn me on I wanted to be like “Aight, Ima head out.” The sex was very rough and although he was packin’ I STILL could not get into it. At one point Alex yelled “I LOVE YOU! I mean… I care about you”. That was the funniest shit that has ever happened to me LOL. I couldn’t believe he had screamed out I love you. He continued to pump as I laid there and then he came shortly after (praise God). After that I was like “So are you going to go home?” He was like “No, I want to cuddle with you.” I was thinking FML, but didn’t want him to feel like I used him for sex. We started to cuddle which was awkward AF and after he fell asleep, I snuck away to my living room to sleep on the futon.

After this terrible night, we had class together. I walked in and he was like “Michaela, come sit right here”. Everyone was looking at me like wtf is going on, because me and other girls in the class would always talk about how lame he was. I couldn’t believe he did that corny ass shit, but it would have been foul to leave him hanging. That same day, someone made a joke about him and I laughed like I always did and he said something like “Oh don’t be laughing like we didn’t just…” I was SOOOO annoyed and mad at myself for giving in and having sex with someone so immature. So like I said before, I should of just kept my legs closed… I would have been better off masturbating and avoiding the bullshit that followed.