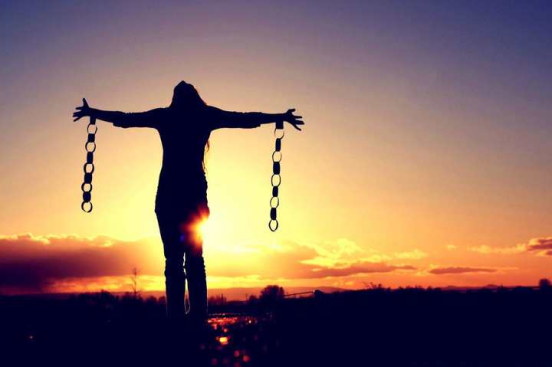 I know reading the headline you guys are like WTF?!

Well before I give you the tea, I have to give you some background info to catch you up:

SEPTEMBER 14- Asked my boss for a raise

OCTOBER 3- I decided to quit

Now some people may think I’m crazy, but honestly I know that I made the right decision. My job was a VERY toxic work environment and I thought I could tough it out for the money, but I can’t. This whole week I have been going through the motions thinking about how I could be using the hours I was there to write or work on this website. The training sucks, the managers are unprofessional AF and with my promotion would come long hours and having to be available 24/7. Honestly that’s a huge investment for someone who doesn’t even care about the career field or want to be there long term.

If the working environment was healthier, I would of for sure stayed there. I would of kept putting my dreams to the side and toughed it out for a check. When my boss offered me the promotion, I stared at her blankly for about four min. All the things I could pay for with that newfound money flashed before me; my student loans, my credit card debt, my website… ugh… it was so enticing. However, in the grand scheme of things my dreams are more important than money can buy. Periodt!

My job has done some unprofessional tingz, but my last straw was how they have been treating my coworker who quit. She gave a two weeks notice and they have been treating her like SHIT. I even told her to walk out regardless of the fact that she was supposed to train me for the next two weeks, because I wanted her to keep some of her dignity. But today my boss decided to say some rude things to her and basically tell her not to come back, which put me in a position to figure out everything out on my own. I couldn’t believe she let her spitefulness put me in such a fucked up position-a new promotion with no proper training our background information. This entire week has been a shit show and I have honestly been checked out since my epiphany last weekend, so I made a conscious decision that today was my last day.

So here we are. I am so anxious that I can’t even sleep! This is completely out of my character and I have never made such a spontaneous and irrational decision in my life. But honestly, there is a first time for everything. I have been applying for writing and editing jobs nonstop and I pray that one of them works out. I will be honest though… I probably should of thought this through, because I have no clue how I am going to pay November’s rent and my other bills, but I know I will figure it out. Life is too short to be somewhere I don’t want to be, so I decided not to dwell.

Wish me luck guys! I’m so nervous and can’t even believe I just did this. But that company is the worst company I have ever worked for and they did not deserve another minute of my time.

Shoutout to everyone who inspired me to pursue my dreams- Issa Rae’s character on Insecure, Alonge Hawes’ character on Blue Collar Hustle, my best friend Aamina who walked out of our job two weeks ago because of disrespect and Davion who called me out on how I was slacking on my dreams.

Tomorrow is a new day and I will come up with a plan on how I will fulfill my dreams and still be able to survive. I am now officially a struggling writer LOL. But hey, let’s not forget J.K. Rowling wrote Harry Potter on napkins while she was damn near homeless so maybe there’s hope for me LOL. Thanks for reading and I hope this inspires someone!

Only two episodes left! 😲Episode 9 of @recklessbehavioftheseries will premiere WEDNESDAY 7/28 @ 7PM/ PST! Head to YouTube to catch up and make sure to like, comment and subscribe💕
Attention fans of @recklessbehaviortheseries! We would like to invite you all to an exclusive meet and greet where you can meet our cast members AND wait for it…. we will be showing the Season 2 finale before it comes out Tuesday, 8/10/21! The best thing of all is this is a FREE event so come out and turn up with us. It’s definitely going to be lit🎉💕
The men at the @recklessbehaviortheseries Season 2 launch party🎉💕
#MondayMotivation
"This episode is all about the bodies & loving the skin you’re in !! Special thanks to our guest Ms. Janeice Jackson who joined us on the stage as we talked about the good, the bad, the ugly, and transformed." An all new episode of @stage6podcast is now available at Queenmediacollective.com!
"When you see others around you succeeding in ways that you see yourself succeeding but it just hasn’t happened yet. Stay encouraged."⠀
My Tweets