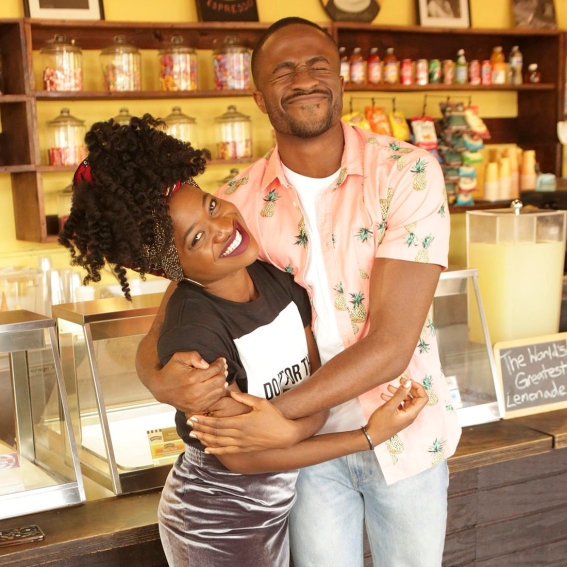 Looking for a charming and witty new web series to tune into this fall? Make sure you check out Platonic. Moni Oyedepo “Platonic” sets it’s sights on portraying the reality of two best friends who disregard their attraction out of consideration of their friendship. This season will serve as a quick look into the main characters’ everyday lives. The first and second episodes provide the perfect introduction to characters Brea (Moni Oyedepo) and Wood (Chinedu Unaka). The episodes include informative voice overs where each character is completely honest and transparent about their thoughts and feelings regarding relationships.

Platonic for me, an African American woman living in California, prompted me to stop and apprehend how often this predicament occurs. I have been on both sides of the spectrum: the best friend that subsequently causes the jealous girlfriend to declare the “me or her” ultimatum and the jealous girlfriend that feels insecure due to the undeniable presence of the best friend of the opposite sex. Although neither position is desirable, the average person will experience either  at some point in their lives. It often leads to the everlasting question: Are men and women truly capable of being platonic friends?

What was extremely appealing to me while watching Platonic is the accurate depiction of the platonic relationship. For example, in episode one, Wood is in bed with a woman he is dating. Brea calls him and without hesitation, Wood answers the phone and proceeds to communicate with her. Why? Because this is his best friend and he sees nothing wrong with him answering her phone call. From his point of view, answering Brea’s call is equivalent to him talking to one of his boys, but of course Nina feels disrespected. The plot thickens when we learn that Brea and Nina are sorority sisters. I am anxious to see how this story line unfolds: Is Nina agitated for nothing or is she entitled to feel suspicious?

Other ways the platonic relationship is illustrated is when we see the two best friends watching sports together, Wood crying over a woman to Brea and Wood taking out Brea’s weave. I wholeheartedly adore how the production team portrays their friendship, because it makes one unable to predict how the rest of the season is going to play out and eventually conclude.

Overall, I love what I’ve seen from Platonic so far. It is extremely intriguing and reminiscent to shows like Insecure, Girlfriends and Moesha. I appreciate how black creatives have come together and created a quality web series for the culture. Platonic partnered with 21 different black owned businesses, restaurants, artists and creatives to make the series possible. This contributes to their goal to increase awareness of other black creatives and entrepreneurs. The first two episodes of Platonic have been released on YouTube, so check them out and stay tuned for more!