If you’re anything like me your friends and family are your top priority. Almost to the point that they come before you in almost every aspect. You are there any time they call. You lend them money any time they need, help them move, or just listen to them “vent”. But then at the end of the day when it comes time for you; You realize that you’re pouring from an empty cup. You are giving so much that you have nothing left to give yourself. The hardest part has become saying NO! And simply for the reason that you just don’t want to. Never really understanding that it is OK to say no. It’s OK to not want to do something for someone and say just that.

I have gone many years being the one who fixed most of my friends problems and even made their problems my own. They had a cheating boyfriend I felt as though he cheated on US and it was OUR duty to make him suffer. A friend was struggling with bills I gave my last to help them out and most of the time never really seeing the money again. But of course it was all done in the name of good faith because they were close to me .

I realized that I was taking on everyone’s problems. I was trying to fix the problem for them so they wouldn’t have to do it themselves. Somehow picturing them “ weaker” than myself and unable to handle the things that they were going through. I felt as though I needed to prove my love and loyalty by “taking care” of the problem. 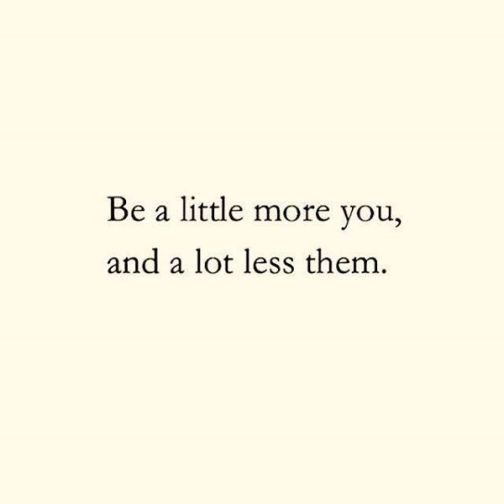 The truth is I grew tired. Tired of being drained of my energy and giving it in places that it was not being reciprocated. I was being a listening ear but couldn’t get an answer when I needed to talk, or simply getting negativity back instead of the support I was searching for. I was ensuring that all my friends were going after their goals and making sure that I was right there in their biggest moments. Yet, of course when it came time to share my dreams or goals I was standing there alone at the end of the day . The people around me became so use to having me as their personal “ fixer” that when I decided enough was enough they couldn’t handle it. I made it clear to those around me that I had boundaries. My life was not surrounded by the things they did or needed from me and they would need to realize I had a life of my own. I was not OBLIGATED to their problems. I did not have to answer when they called or text, and just because they told me their problems it was not my job to fix them. It was not my job to take on the lessons that life was giving them to learn and it for damn sure wasn’t my job to take care of grown adults just because I had made them so accustomed to being taken care of by me.

I stopped giving my opinion, my advice and I even began not coming around if I felt it was going to make me uncomfortable and bring back that feeling of obligation. I learned simply that peoples loyalty to me had expired and It was time to do the same. When people start to feel as though you are obligated to them and their problems that’s when the situation becomes toxic. It will begin to take a toll on you and make you overwhelmed. And no, not everything in a friendship is peaches and cream but no relationship you carry should be draining.

I learned the hard way that people will make you the keeper of their problems unless you make it known from day one that you are a friend but you have boundaries that need to be respected. Your mental and emotional health is more important than taking on a world wind of problems that aren’t yours to handle. Be mindful of the way people treat you and if they are treating you the way you CHOOSE to be treated.