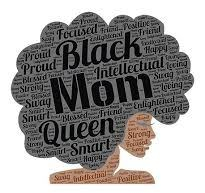 As if single mothers don’t have enough on their plates the last they need is PLUS ONE!

It’s become more and more common that men don’t want anything serious with single mothers but sex, a meal and the occasional bill pay! NO SIR not around these parts!

Single mothers are hardworking and looking for stability. They are not looking for another bill or taking time out their day to have sex with men who don’t have the intentions on staying.

Before I met my honey, I was a single mother of four children. I met so many characters:

All needing a ride and money for a bill. Money for some Jordan’s or just a little pocket change until they “got paid.” I’m sorry but any man thinking it’s a single mother’s responsibility to raise him isn’t a man AT ALL. I mean is there any consideration of the things that single mothers go through just to make ends meet sometimes.  How is someone comfortable taking from a single mother or comfortable with expecting her to deal with his immaturity until he’s “ready” or until he eventually tells her he doesn’t want to deal with her children or her and leaves.

It comes from one simple thing, these men feeling that single mothers aren’t worthy of the same love and affection that women without children may be “worthy “of. I’ve had so many conversations with my male friends over the years and they explain that they don’t want to take on the responsibility of a single mother, but are willing to take advantage of “whatever she’s giving.” I have even experienced this in my own dating experience. I had a “situation-ship” and he was willing to take and take without getting to know my children or even give a commitment. He at one point even told me that he would never commit to me because he didn’t want to have kids with someone who already had kids. And Another one bites the dust is all I’ll say about that one.

It’s simply because sometimes single mothers feel themselves that they aren’t worthy of a man who will accept their children or a man who is willing to commit to her and give her the love and protection she is deserving of. Most times it comes from past relationships and people telling them that no one will want them and somehow that becomes embedded in their heads. But how do we shake this stigma? How do we bring up the value of the mother who already has so much on their plates?

Understanding self-worth and setting boundaries with the men we choose to date and to have around our children. I mean let’s face it loving someone is a beautiful thing but that feeling needs to be as beautiful as loving YOU! As single mothers we need to come with disclaimers “WE HAVE KIDS “, “YOU CAN HANDLE ALL OF THAT OR KEEP IT PUSHING .”

Of course, there are the instances where you aren’t looking for anything serious, I’ve been there done that but that still does not mean accept any treatment. Set the standard for what is acceptable in any type of dating situation you are in and STICK TO IT! Don’t allow the man who isn’t ready (or any man for that matter) to determine the things that are best for you and your situation. Don’t allow anyone who doesn’t take the time to know you or your children to make you feel like being a mother is a problem.  Being a mother is a wonderful thing and yes sometimes it’s unfortunate that there are so many single mothers out there but you all do the damn thing and don’t let anything or anyone make you feel any different! YOU ARE WORTHY

"Is Drake the Official Certified Lover Boy? Did Ye make his mother proud? In this episode, our Kings compare the Certified Lover Boy and Donda albums."
Our queen @_thediaryofshe shares an all new blog post titled: " The Pandemic Helped Me Co-Parent." I'm sure many can relate!
Our queen @sweet_likemeesh is back with an all new blog post titled: " WHY SEX ?"
#MondayMotivation
My Tweets