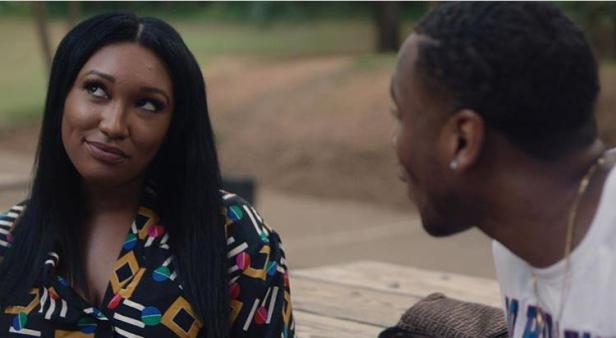 Episodes 6 and 7 of Season 2 of Blue Collar Hustle are now available. Consistent with preceding episodes, both episodes include climactic developments that are completely unpredictable. Themes that are present include death, sexual harassment, pride and forgiveness.

A lot of events unfold in episode six. The beginning starts off as a flashback, which was a little confusing at first, but once you realize what is happening, you value this backstory. A memorable moment was the introduction of Quan’s (Quentin Williams) baby mama, Brianna (Kiara Woods). The introduction of her character presents the dynamic of two parents who are no longer in a relationship attempting to successfully co-parent. The common presumption between two people that have a child together is that they will be involved again at some point. However, Blue Collar Hustle illustrates growth and discipline in Quan when he pumps the brakes before engaging in sexual relations with the mother of his child. After this scene, he is shown chasing after Asha (Shani Hawes) the girl he truly wants. This scene was a key moment in the series and a development I was happy to see. Sexual harassment is then touched on in the end of the episode. The most loving character in the series, Anaya (Tijuana Agnew) experiences a situation that no one will anticipate. Although this scene was unexpected, I love the realness and relevancy of it.

Episode seven is an extremely sad and emotional one. There is a death of a character and the opening scene goes right into it. I don’t want to give it away, but I encourage everyone to watch this episode. Although this death in the series may initially come off as random, everything will come full circle for those who have been watching since the beginning of the season. I appreciate that this story line was incorporated this season and I feel that this episode alone is proof that Blue Collar Hustle director Alonge Hawes has taken things to another level this season. The portrayed authenticity of emotions and undeniable chemistry from the cast members make it possible for viewers to believe that a death has taken place.

The use of foreshadowing and flashbacks have highly contributed to this season being a cohesive narrative that one can’t help but keep watching. So if you haven’t already, stop what you’re doing and make sure you check out the first seven episodes now!

To stay connected with the series, make sure you follow the official Blue Collar Hustle page at @Bch_webseries.