Taylor Monet Parks (Tayla Parx) is an American singer-songwriter, and actress who has racked up three Grammy nominations by the age of 22. I was first introduced to her while listening to the song Island by Eric Bellinger. Honestly, I was shook that I never heard of her before! Her voice is so melodic and her song writing abilities are out of this world. She has contributed to albums by artists like Ariana Grande, Jennifer Lopez, Mariah Carey, The Internet, Camilla Cabello, Fifth Harmony, and Chris Brown. She has also written with various artists/producers including Demi Lovato, Kenny “Babyface” Edmonds, DJ Mustard, Christina Aguilera, Usher, Rihanna and Nicki Minaj. Parks has also written hits for K-pop artists like BTS. When Tayla is involved in a project, she refers to it as Tayla Made. In addition, Tayla hosts A Tayla Made Pop- Up Experience where fans can enter an interactive Trailer Parx art experience and a preview of her upcoming project “We Need to Talk.” 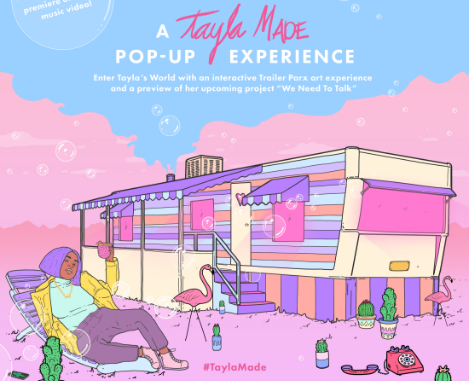 Check out the video to her new song Slow Dancing Below: