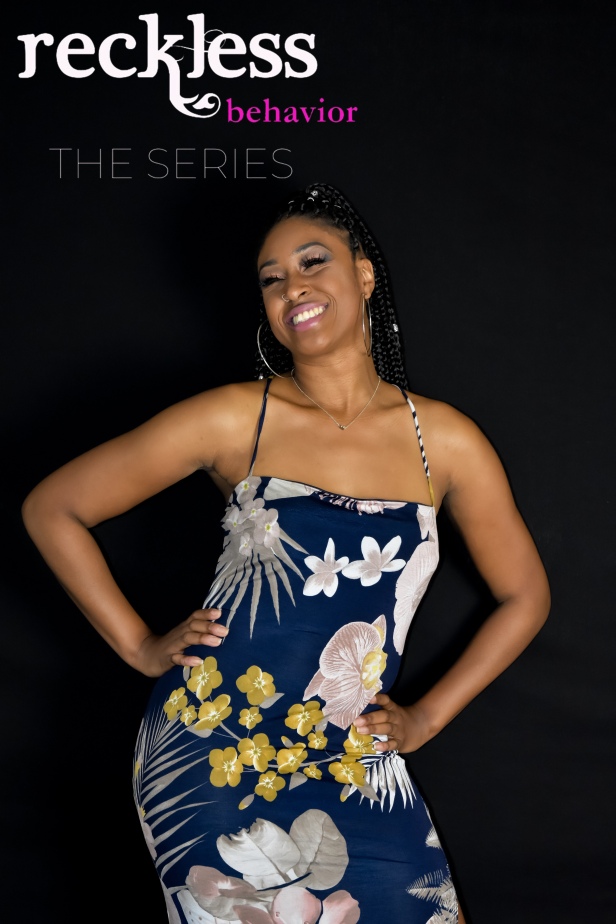 Michaela P. Shelton is doing her thing and becoming a force to be reckoned with as she plans to release yet another amazing project. The Queen Media Collective Co-Founder gets real reckless in her web series, Reckless Behavior and gives us an exclusive look into the making of her series. In case you did not know, Michaela wrote, produced, and stars in her web series “Reckless Behavior” where she brings everyday life scenarios to the forefront which Millenials definitely can relate to. According to Michaela, the purpose of the web series is to “create something for us by us that promotes the beauty and culture of the Bay Area”. I had the pleasure of diving deeper with Michaela to learn more about the web series, take a look below at all of the recklessness coming your way.

➢ Where would you like to see your show in the next year?
I hope that in the next year, my show grows a large dedicated fan base and I can go on to create a few more seasons and bring in some revenue.

➢ What is your goal with the web series?
My goal is to tell stories that millennials can relate to and promote the beauty and culture of the Bay Area. I would also like to generate revenue from it because as of right now everything is funded by me and my executive producer/ assistant director Imani Baylor.

➢ How did you come up with the name Reckless Behavior?
Many moons ago (okay, more like four years ago LOL) when I was in college, I had my radio show and had to think of a name for it. I was stressing out and then it just hit me… “Reckless Behavior”. My tagline for the show was “Welcome to Reckless Behavior where we wake up, turn up and get reckless!”. I felt like that was the most accurate way to describe my life, so I decided to continue using it when I graduated and started my blog!

➢ What message does your show promote?
Through my show I am promoting the message that all millennials go through obstacles and may indulge in “Reckless Behavior”, but YOU have control of your life and can rise above it and fulfill your dreams. This may mean cutting off toxic people, quitting a job you dislike to focus on your passions or simply starting to put yourself first.

➢ Do you have any advice you would like to share with other creatives coming up in the industry?
I would tell all creatives coming up in the industry to come up with a plan and execute it! If you want to create something, do your research and make it happen. But like I said do your research. I could have researched a bit more because a lot of the obstacles I have encountered I have learned to rectify as I go. A lot of times I jump into things headfirst and it causes a lot of stress so although my dreams are coming to fruition, I don’t recommend anyone take that route.

➢ What can viewers expect to see in Reckless Behavior?
Viewers can expect A LOT LOL. I feel that the show embodies its title and there is never a dull moment. The themes that will be depicted include the dysfunctional family, toxic relationships, insecurities, financial issues and many more.

➢ Are all of the scenarios in the series based on real-life events?
No, they are not. I would say it’s about 50/50. Some events have been so crazy and life-changing I had to include it and some I just added for creative purposes.

➢ Who is your favorite person in the series?
Hmm honestly, all the characters are my favorite.

➢ Which role/roles were the most challenging to create?
The most challenging roles to create were Damien and Dominique. These characters are based on two people who were once important to me and are no longer in my life, so I struggled at first with how to portray them and what factual moments to include.

➢ What platforms will the series be available on?
Reckless Behavior The Series will be available on QueenMediaCollective.com. Make sure to follow me on Instagram @Darealmichaela1 for updates!

After reading that interview, there is no way you can just ignore all the recklessness coming your way. Make sure to support Michaela as she releases her web series on January 7, 2020, exclusively on Queen Media Collective.