Writer and director Fredrick Leach and producer Edwin Walker (E. Micheaux) are the men behind Caged Birds, an independent film about three oppressed black teens living in the suburbs who are forced to cover up the murder of a white bully, when a prank goes wrong. Check out this exclusive interview below! 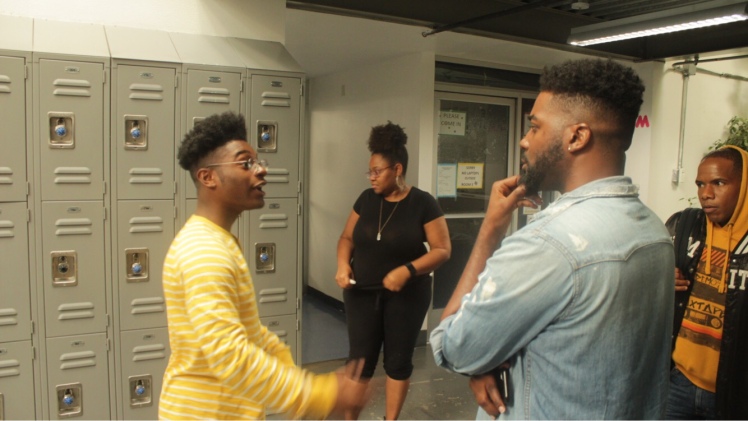 1. What was the inspiration for this film? Is the story based off true events or a completely fictional account?

Fred: So I grew up in predominantly white suburbs of Houston and Dallas, and I always felt this strange isolation because it seemed like my experiences as a black kid were different than the experiences of most other black people I saw, whether that be on TV, in movies, in music, or even other black kids I knew. It is sad to look back and admit this, but a lot of times as a kid I felt ashamed of the things I was blessed with. According to a lot of my white peers, it meant I “wasn’t black”, which caused me to feel isolated, and in turn, helpless. I just wanted to tell a story about characters from that world.

2. What was the writing process like when you were writing the script? How long did it take?

Fred: I always spend a couple months really planning for the writing. That involves making a story map, figuring out my theme and how all the aspects of the story will portray that theme, then expanding the story map into a step outline, which is basically all the scenes written, but in prose. At this point I start to expand on my characters and understand them outside of the story.

After all this is done, I try to crank out a first draft in about a week, which is easy after all the planning. My plan is always to put as much technical thinking and mapping into the planning, so that when I write, all that is internalized and I can spend minimal time thinking logically, and really let my intuitive writer’s brain lead me. I think this script went through a couple passes, so from planning to the draft we have now, it was probably 4-5 months.

3. This question is for Fred. What experiences did you have growing up mixed that contributed to the development of your unique perspective on race?

Fred: I spent a lot of my childhood not sure where I fit in. I obviously wasn’t white, but I didn’t have much in common with what I perceived to be the “black experience”. When I got to college I really embraced my blackness, and probably overcompensated. I’m just now getting to a place where I feel comfortable being 100% authentic. If anything, it has all just made it painfully clear how diverse the black experience is, and how important it is that as many of these experiences as possible be show on screen.

4. This question is for Edwin. Please explain to us your fascination with black filmmaker pioneer Oscar Micheaux. In what ways has he inspired you?

Edwin: My great deal of adoration and respect for Oscar Micheaux comes from knowing his burning passions to tell and showcase stories that encompassed the black experience. As a filmmaker I hope to follow in his steps with bringing stories to life that gives real and honest portrayals of black life.

5. What audiences do you anticipate will be interested in “Caged Birds” and why?

Edwin: Audiences can expect a compelling and gravitating film that has yet to be seen. The idea of showing three black teens living in today’s culture in the suburbs is so relatable to several issues currently in America, with the “attack on the black body”. Young black men especially. So to tell a story where you go on a personal journey and quest with these young black men in peril will be a fascinating ride to say the least.

Fred: We see this film being most impactful for young black men. We really want to show a unique black story that isn’t being shown much. I would be happy if it could touch a couple black kids somewhere and helped them to feel like their experience is legitimate, no matter what their peers tell them.

6. What will make “Caged Birds” stand out from other race related films that have already been released?

Edwin: What’s going to make this film stand out is, the idea of showing young men feeling trapped by society and the community that they should feel safe in.

Fred: Generally when you’re dealing with a black-led film that deals with the theme of feeling trapped by your situation, you see a hood story. We wanted to flip that and explore how a black person in the suburbs would be so far removed from that, and yet still be feeling trapped for a whole new set of reasons. This is also a story that deals with economic privilege and takes a look out how class intersects with race within in the black community. This is something we don’t see often enough.

7. It seems like a climactic moment in the film is when Jordan and his crew decide to seek “payback.” What are your thoughts on payback? Do you believe that two wrongs make a right?

Fred: Two wrongs definitely don’t make a right, and I think payback is not sustaining and that’s definitely not something we’re trying to communicate with the film. After the prank goes wrong, the boys start to learn more about the bully and feel more and more guilty. Part of Jordan’s (main character) growth is learning that the white kid that bullied him actually had a much worse life than he did. Jordan really starts to grow up and see that his status as a BLERD might put him low on the totem pole in high school, but in the world, his position as a well-to-do person gives him a leg up.

Fred: In my experience, these traditional stereotypes are things like we are always hood, uneducated, ignorant. Violent. The type of things that put us in a box and allow America to label us as dangerous.

9. If you all had access to use any actors or actresses of your choice, which actors do you feel would be the best fit for each role?

Fred: We already have Kamil McFadden attached, who came up on Disney Channel and has a strong following with a millennial audience. He’s a great actor and is really out here trying to bring diverse black characters to life on screen. Other than that, we’re in the process of trying to get some other names on board, and I don’t want to jinx anything.

10. What was the biggest obstacle you all faced when bringing this concept to life?

Edwin: The biggest obstacle is gonna be finding investors and producers who are bold and free thinkers. People to assist us on this journey who see the urgency in telling stories that aren’t being told. Caged Birds is a story that will give audiences a perspective on the plight of not just young black men but the culture of bullying and what suburban teens are experiencing and faced with in today’s society.

Fred: Trying to tell a story that didn’t victimize black people. Edwin and I talk a lot about how we want to tell stories that are authentic and real, but aren’t always about us being terrorized. “Caged Birds” is definitely not a light film, but we hope that it can be something that is authentic and still have somewhat of a positive message in the end. 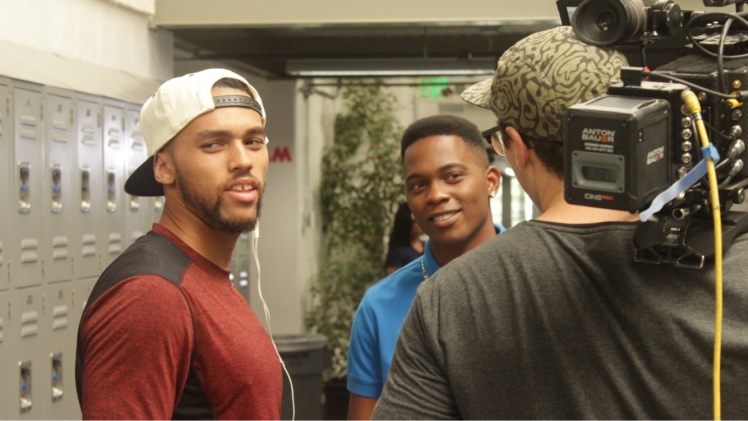 To stay in touch with Fred and Edwin and get updates about Caged Birds, follow them on Instagram at @Fleachs09 and @Theeedwinwalker!