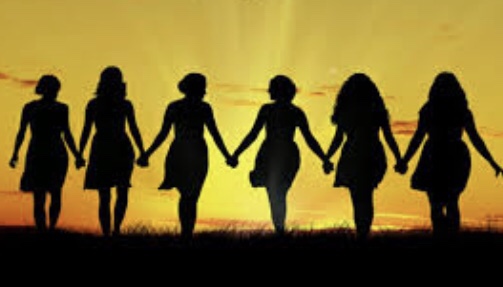 Raise your hand if you think you’re resilient. Now, keep your hand up if you’ve NEVER quit ANYTHING. Not a diet, New Years resolution, or job. I’m pretty sure everyone’s hands went down, or at least the majority. Honestly, I’ve quit all three, and some for reasons as simple as being a quitter. It’s funny though — just like me, most of you would say you’re resilient .

When I chose to quit my job and pursue my dream, in no way did I feel 100% ready. I don’t think you ever really can. BUT, more than anything, I wanted to prove myself right. I wanted to reaffirm that I actually was resilient. That just because I’ve quit before doesn’t mean I’m a quitter. And I realized something.

Even if it’s not a long term or permanent way of quitting where you never can revert back to where you once were, everyone does it. And the crazy part is, your season of quitting could be within a larger season of succeeding.

I’ll give you an example, and some of you may disagree, but that’s okay — go write your own stuff.

Say someone’s a senior in college and it’s the first semester of that year. They’ve been at school for at least three years at this point and are completely checked out. Up until that semester, they had a minimum standard of excellence that they didn’t allow themselves to go under and now all that is out the window. They stop doing the things that got them the successes in the past and they drift. They get the lowest GPA they’ve ever received and fall below their standard. BUT then the next semester they cross the stage with their degree and can proudly say they finished school.

Nobody would call them a quitter, but the reality is, THEY QUIT. They failed to present the best that they had. They failed to give their all. Anytime you fail to do the things that got you to a certain position and you settle into mediocrity or “start reading your own press” as my mentors would say, you show a sign of quitting.

BUT the true test of resilience is being able to quit for a moment and STILL finish the course, still pursue the purpose. Maybe your season of quitting isn’t as short as a college semester, maybe your season of achievement is further away, HOWEVER, quit if you must, but never on the long term goal. NEVER on the purpose .

I reread my posts sometimes to remind myself that I say all this positive stuff. Cause child… sometimes I wonder if all of this hard work is worth it. I’ll talk a little bit more about the mindset of that in part 4 – Prosperity.

If you missed it, check out part 2 – Understanding

We are happy to announce that our show, Reckless Behavior The Series season 2 will premiere on June 1, 2021. Are you ready?! Let us know in the comments💕
Passion is a new character on season 2 of @recklessbehaviortheseries. He is a famous rapper preparing for the release of his highly anticipated fourth studio album and he refuses to let anything stand in the way of his success💕.
"Invest the eight hours of Sunday Service, into yourself." ⠀
"Having a guy’s night out was extremely rare. Nas met his friends at the Bar & Grill in Downtown L.A. ⠀
"I wasn’t aware of how freaky I could be, but with him I was willing to do anything.⠀
"I found myself doing a moral inventory on all my long term relationships and treating the chapters as a business projection: ⠀
My Tweets