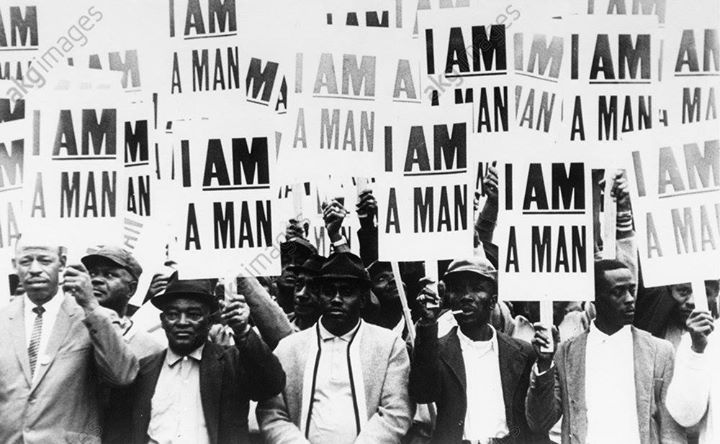 Why do some Black men equate masculinity to violence, danger, and lack of emotion? Why is it so important for these men to assert their masculinity in every situation?

Unlike other races, Black masculinity is like no other. In defining Black masculinity, you must look at the stereotypical images of the Black man portrayed in the media. It is no secret that historically, Black men have been portrayed negatively in the media. Images such as Brute, Coon, and Picaninny were created to degrade the Black man’s image. For example, Brutes are unsightly, innately savage, vicious, physically strong, hyper-sexual, and immoral.

Unconsciously, these stereotypical images have provided some men a reference point on how to assert their masculinity. This form of hyper-masculinity has been utilized as a culturally hegemonic tool, that supports negative stereotypes of Black men in media. So why are some Black men playing into these stereotypical roles? To answer this you must understand the social conditioning that has taken place through time. Behaviors have been passed down generationally, so we must understand where we come from to know where we need to go.

Since slavery, Black men were socialized to believe that they should attempt to become patriarchs by seeking freedom to provide and protect black women and be benevolent patriarchs. Benevolent patriarchs exert their power without using force. Unfortunately, a large majority of Black men took the dominator model set by their masters as their strategy to dominate Black women. By slave owners, Black men were viewed as stoic beings good for hard labor. Slave auctioneers wanted to present Black men as strong because they knew they could get more money for a male who appeared to be a hard worker. A slave owners dream was a hard bodied Black man with no emotion ready to obey masters orders. Black men who were seen as “too weak” or feminine were beaten, raped, and or killed unless they were able to adapt to being “hard” like slave owners wanted. Once Slavery ended, this mentality of the black man as hard bodied beings only useful for their strength, carried on or shall I say morphed into racist fear of black men that we still see today.

The concept of hyper-masculinity is a complex that men of all colors share. It is an exaggeration of what’s considered traditional masculine behavior like being forceful, strength, and hyper-sexuality. Not wearing colors like pink and purple make you tough or not hugging your boy because it’s “gay”. These are behaviors that are learned and forced upon Black men. Just think of times where you’ve witnessed young Black boys being scolded for crying by parents or teased by peers for crying. It’s like Black men aren’t given permission to feel, so they express themselves using their masculinity. It’s as if this toxicity that is hyper-masculinity is the only way some men feel they can take back their identities. I’m in no way making any excuses for the behavior exuded by some Black men, but I am instead trying to provide background and insight on the role society has played in this problem.

Black men have been socialized to fit into this hyper-masculine role by the Black community and others outside of it. Black men are held to a dangerous standard of being overtly masculine which in turn makes it difficult for them to express themselves and do things that aren’t viewed as manly. Because of this women in the Black community are affected negatively by being treated violently. These men are left suffering without an outlet to channel their pain and emotions. Unable to be vulnerable and scared, Black men aren’t allowed to be emotional beings. As a community we need to ensure that we can be open and honest and express ourselves freely without ridicule.

Masculinity should be diverse with no wrong or right way to be a Black man. Black men should be able to decide their masculinity for themselves.