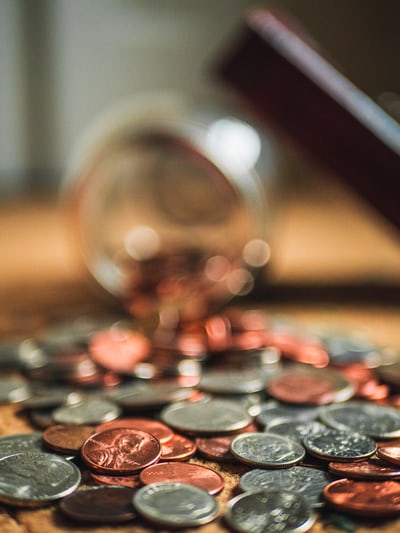 Secret was on her way to Shady Tree after leaving the police precinct. The plan was working to perfection and she was loving every minute of it.

As she was headed to Shady Tree, she looked back to see if anyone was trailing her. She was home free on her way there with no one even close as of yet.  The wind was whipping through her hair as she was driving and listening to “03 Bonnie and Clyde” by Jay-Z and Beyoncé. The smile on her face was irreplaceable.

Secret was nice and relaxed as she made her way to Shady Tree while Detective Collins and Porter were in pursuit.

“15 minutes. We are going to get there Collins. Relax.”

“You’re really telling me to relax after all that has happened?”

“Ok. My fault on that one but hold tight. We will be there soon.”

Detective Porter was flying through the city as fast as he could along with five other police cars that were in pursuit. Meanwhile, Detective Collins was tying her best to keep it together while on this ride to Shady Brook. Replaying recent situations had anger on her mind. The feelings she had with Mr. Nickel, the confrontation with Secret and Dirty Change and now the note had taken her over the top. She was ready to end this all and take all of them out if she had to.

Finally, they pulled up to the mental facility. Detective Porter gave directions as he pointed each officer to different entrances at the building. Once those assignments were given out, Porter and Collins went in the front entrance and spoke with the mental health receptionist.

“How is everyone doing? I am Detective Porter. We have a very dangerous woman on the lose. Her name is Marilyn Short.”

“Ah. Marilyn Short. Very aware of Ms. Short, or Secret as she called herself here. She was interesting. She escaped here a while back. Never found her. She was one clever woman.”

“Well, she is headed back here now.”

“Why in the world would she head back to somewhere she broke out of?”

“It has something to do with Mr. Cary Nickel.”

“Well, apparently they were an item outside of here.”

“While she was here, those two met eyes once. He was going into a session and she was being moved somewhere. It was almost like they were connected telepathically.”

“Well, enough of that. Can we see where he is now?”

“Yes. He is being held in a room down the hallway on your left. I can take you down there.”

Detective Porter and Collins went with the receptionist down the hallway to check and make sure Mr. Nickel was still there. As they got there, the saw him in his room with his arms strapped around him in his white jacket with nowhere to go.

“Thank goodness he hasn’t made it out of here.”

“Collins, can you relax a little bit now? At least this guy is still here.”

“True, but we still have to find her.”

Both Detective Collins and Porter walked back to the front and out the door before making it to their squad car. They checked in with all the other police officers there as they perused the perimeter and they saw nothing. As Collins and Porter were sitting there, an ambulance rolled into the facility. with a patient and only one medical assistant. The assistant hopped out of the vehicle, opened the back doors of the vehicle and proceeded to roll someone on the cart in.

The medical assistant had rolled the patient and was apparently rolling someone out when Collins and Porter got a call from one of the assisting officers.

“Collins! Porter! We found a Black Honda Accord right outside the left wings near the road that brought us into here.  Car was empty inside but there was a woman bound and gaged in the trunk and her identification was missing.”

“She is a medical assistant.”

As Collins and Porter were getting the information, the ambulance rolled right past them and on their way. They rushed into the facility immediately.

Immediately they rushed to the room where Mr. Nickel was and noticed there was a man laying there on the floor but he looked to be sleeping.

The receptionist got someone to come open the door and as Collins and Porter rushed in, they looked and noticed it was not Mr. Nickel but a man that was passed out and had not regained consciousness.

“Get everyone on the phone! Catch that ambulance!”

As soon as everyone had  been relayed that information, the ambulance had a fifteen-minute head start on them and Secret was excited about it.

Secret and Dirty Change had struck again. The entire plan had come to fruition. Secret had assumed the identity of the medical assistant she knew was coming that day. She had been scouting Shady Tree for a while and knew exactly when they were going to bring a new patient in. With that being said, she acted like her car was stalled right in the middle of the street and as soon as the medical assistant got to her, she pounced, knocking her out, tying her up and throwing her in the trunk. From there, it was like taking candy from a baby. She wore a hat low over her eyes so no one could see her face and when she was checking the patient in, the receptionist turned her back. As soon as she did, that allowed for Secret to see what room Dirty Change was in and make the switch without the receptionist even knowing. Perfect plan and now the two were together, able to ride off into the sunset.

As soon as they got to the outskirts of the town, they left the ambulance and jumped in another vehicle, a blue Nissan Quest, as they eased down the road and out of town.

A week later, Collins and Porter drove over to the community center. They could not believe what all they had been through. The guy the community loved was actually the guy killing people in their town as well. The school had scrubbed Mr. Nickel’s name off everything associated with him. While he was gone presumably for good, he still held a space in the mind of Detective Collins. She loved the man he was but hated the man that he was at the same time.

” I cannot do this anymore. I gotta go to therapy today.”

“Okay. Well, I will see you tomorrow.”

As Detective Collins and Porter split up and Collins got in her vehicle, she went in her pocket and pulled out a letter.

“Hope you are well. I am gone but I am with you. Unfortunately, Dirty Change has taken over my body but my mind is still here from time to time. Thinking about you.”

As Detective Collins read that letter out loud, she became even more confused. The guy she had feelings for loved her but tried to kill her at the same time. He had scrambled her head more than anyone she had ever met and at this point, he still owned a spot in her head even when not around.