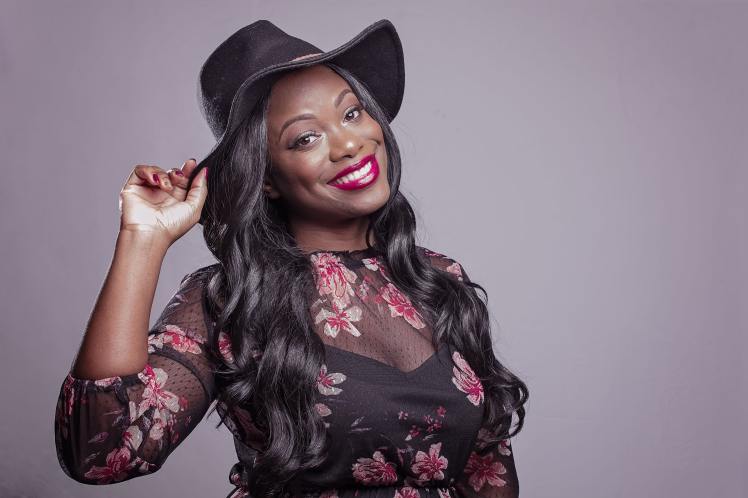 Lacey heard the urgency in Brian’s voice with that yell. She wasn’t sure whether to get ready to grovel or explain. She rushed into the living room, nervous to see what reaction came from the yell from Brian. Luckily for her, the yell was one of joy.

At that moment, Lacey exhaled. Although Bobby said he would handle it, there was no reason for her to think he wouldn’t do something sleazy in the process. Nevertheless, Brian was happy he got his money but he could tell something was wrong with how Lacey reacted.

“Was I supposed to be receiving something else Lacey.”

“No Brian. There was nothing you were supposed to receive.”

Things went back to normal that night, as Brian and Lacey talked in the living room for what felt like hours. Eventually, Brian would pass out on the coach while Lacey would make her way to the bedroom. It seemed like her phone and her body were in sync, as she received a call with her lying down on the pillow. Once she looked at who was calling her, she knew it wasn’t going to be good.

“I need you to come see me tonight.” said the voice on the other end of the phone.

“Do you have any idea what time it is?”

“I could have made it apparent that we had been together with that package but I didn’t Lacey. I need you to meet me at our location now or I will tell.”

Lacey didn’t want to do it but she also didn’t want Brian finding out about her dealings with Billy right now, so she decided she had to go.

Lacey quietly got dressed and left out, making sure to not wake Brian as he was on the couch, but as soon as she closed the door, Brian woke up. He got up and looked out the window to see his wife leaving in a hurry, racing off into the Atlanta night.

“Where are you going?”

“Uh, I had some work that I left at the office. I didn’t want to wake you up.”

“Is everything okay? I noticed your expressions when I was talking to you about the package.”

“Things are fine. I will be back soon. Don’t worry about me.”

“Okay. Wake me when you get back.”

Lacey and Brian hung up the phone as Lacey raced off in the distance and Brian sat at home. Although he told Lacey to wake him up when he got home, he sat there in anticipation of her getting back home.

“I cannot keep doing this” is what Lacey kept repeating to herself as she drove to the secret location.

She knew her reaction to Brian and her leaving out at a weird time of the night was raising many questions when it came to her marriage with Brian and she was going to have to end this with Billy. Once she pulled up at the location, she noticed something was different. She noticed there was two cars there at the location when there was usually only one.

“I’m here. Why is there someone else here?”

“Just come in. Don’t make me come out there to get you.”

She knew Billy didn’t give out idle threats, so Lacey headed to the door and noticed that it was already opened for her. Once she was inside and closed the door, she noticed there was a woman in the shadows sitting at a desk further off in the room.

“Well, I thought you might have figured out some things at this point.”

As soon as Lacey finished asking her last question, Billy turned the lights on and there she was, Charlotte.

“Did you think Billy just randomly selected you for that job where you all first met? Me and Billy may be married, but this is a business arrangement. I scheduled Brian for that job for a reason to come to our house as well. Thanks for being a willing participant  in my game. Well, as willing as I coming here to meet Billy the first time to get this all started. ”

“Did you think I would forget what happened back in college? You stole Brian from me.”

“He just chose me Charlotte. I am not sure what you are talking about.”

“Well, you used your sexiness and charm to convince him you were the person to pick. You should have taken the money in college when I offered it to you Lacey. Now this has got to get messy. I told you about things potentially getting ugly.”

And right there, Lacey reliving the nightmare of that decision all over again. Lacey remembered the expression Charlotte had on her face when she didn’t accept the money. If looks could have killed that day, Charlotte would have killed Lacey multiple times. As Charlotte pulled off, Lacey felt her cold stare sending chills down her body. And as Brian and Lacey were first starting out as an item, she surely made it difficult, puncturing tires, causing miscommunications between both of them and just overall craziness. Lacey had thought it had went away since it stopped for an extended period of time, but this episode showed her that Charlotte decided to cook up something different.

“You think it’s a coincidence that Brian doesn’t have that job he used to have and is running his own business now? I’m the queen on this chessboard. You’re just a pawn.”

“Charlotte, I didn’t make him make that decision. And I knew you were lying to me about him not liking me., but this is extreme. Have you not let that go yet?”

“No. My goal is pain. You’re going to feel pain from me. No one takes things that I want from me unless I don’t want them anymore.”

From there, she knew there was trouble coming.

“From here on out, you will do anything that either me or Billy asks you to do, and if you don’t, then we have these pictures.”

At that point, Charlotte revealed a Manilla envelope of pictures and she spread them out on the table. As Charlotte got closer to the table, she noticed it was her in some compromising positions with little to know clothing.

“And not only will Brian see these, but these will be on billboards across the city if you don’t follow instructions.”

Lacey could not fathom that, so she agreed to do what was asked of her and Billy and Charlotte began to divulge their first set of instructions to her that night.

Brian had eventually fell asleep on the couch and woke up the next morning to silence. He went into the bedroom and no one was there. He looked outside and noticed Lacey’s car wasn’t there either. He immediately called her phone.

“I’m not coming back Brian. We are over.”

One thought on “Wonderland: Part 4- A Change of Plans”