I don’t think there has been a louder anti-racism revolt since the Civil Rights Movement. The Black Lives Matter revolution that we are witnessing right now is opening the eyes of America– including white Americans — to the violent systemic racism that exists in the United States. It is inspiring protests throughout the world. However, it comes with a backlash of increased lynchings by the alt-right and threat of lynchings from the Ku Klux Klan. As an empath, I feel increasingly more distraught with every daily headline about a hate crime. It’s enough for me to wish I were in Brazil sometimes. My mind wanders and daydreams about living within a society that values and treats everyone as equals. It wanders to fond memories of a time when I was unaware about race divisions. Before I immigrated from Brazil, I knew I looked different from my mother and her relatives, but it never occurred to me that my skin color mattered to anyone. I was never exposed to overt racism as a child, or even recently when I revisited. Looking at race relations in Brazil superficially can make you feel like there is no racism there. That is a curated illusion. In reality, the Black Lives Matter movement is international and includes Brazil with the translated hashtag #VidasNegrasImportam.

To an outside observer, Brazilian culture appears to celebrate diversity in our music, dance styles, and food by all Brazilians without race attribution. Brazilians of all ethnicities claim Samba and Capoeira as their culture, despite its African and Native tribal roots. This is possible because Brazil was much better at cultural appropriation than the United States. This is probably because Brazil was much better at censoring racism. Its effects are felt by black Brazilians more often on a subconscious level. This is a truth that Brazilians have now started to wake up to, and which I only awakened to when I began to research Brazilian history and culture. The deeper I looked at the history of Brazil, the more apparent it became that racism thrives under a veil of secrecy and denial. 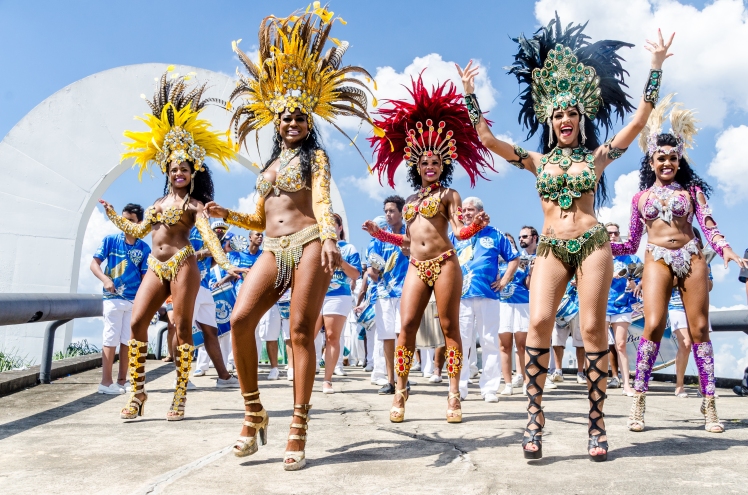 Brazil actually does have a decade old anti-racism law, which prosecutes racist actions, if it can be proved that the action was racist in nature. However, it is hard to prosecute people for this offense. Brazil’s brand of racism is different from America’s in the way that a bully is different from a frenemy. A bully treats you badly to your face, whereas a frenemy betrays you behind your back. The frenemy knows that the bully is much more likely to be judged or punished for their behavior and actions. We have all seen and heard through white tears, about how people’s lives have been ruined by the mere exposure of their racist actions on social media. In Brazil, there are hardly any opportunities to expose racists, because as the UN eloquently explains, racist actions consist of subtle slights, and microaggressions, which are hard to prove as racist. In America, we can trace systemic racism back to the Jim Crow Period, and show that the effects from that period prevail through analysis of consistent data. It equips us for discussing and attempting to reverse systemic racism. The intensity of the hate for black people is thought to be shown in the brutality of slavery. But what if I told you that slavery in Brazil was much harsher?

It’s hard to imagine how that can possibly be true, until you think about the fact that death rates for slaves in Brazil were one-third higher and suicide much more common. Brazilian slavery did not end until 1888, twenty-three years after the 13th Ammendment abolished slavery in America, and eleven years after America’s Reconstruction Era ended in 1865. The Reconstruction Era, which gave birth to Jim Crow laws, forced segregation until 1965. Instead of following in America’s footsteps post-slavery, Brazil decided to take another route. Brazil adopted an ideology that encourages interracial mixing for the purpose of perpetual whitening of future generations.

This ideology then, was used as a justification for a “statistical blackout”, where census data collection on race was not thought by the Brazilian government or social scientists to be important until 1940. Brazil did not even have a reliable nation census until 1930 and when they began recording race, they did not record data by race on income, education, health, and housing.We cannot definitively describe the quality of life of different ethnicities for the entire post-slavery history of Brazil until the 1976 household survey (PNAD).  But with the data that has been collected since, it can now be said that there is high racial inequality and discrimination in the job market and other areas of Brazilian society. According to the United Nations, black and brown Brazilians earn on average half of the income of white Brazilians, and that the middle class and elite is almost completely white, “so that Brazil’s well-known melting pot only exists among the working class and the poor”. They suffer human rights violations, including police brutality, which is something that human rights activist and city councillor of Rio de Janeiro, Marielle Franco spoke out against until she was murdered.

When talking about Brazil’s brand of racism, it is also important to realize that it is made up of a high level of colorism. Brazilians of color are not referred to in Brazil as Afro-Brazilian. Brazilians of different ethnicities refer to each other as Brazilians uniformly. The “Afro” is an international label, and that distinction to me reflects the difference in how race is viewed in Brazil and in the United States, because in America all people of African descent are grouped together, whereas in Brazil lighter shades are separated from blackness. Although Brazilian society has more than 300 words used to describe skin color, the most commonly used words “pardo” or “negro” mean black, and “mulato” or “moreno” mean mixed, and participation of these groups is ambiguous and relative because it is more based on appearance than genetics. A friend who is mixed once told me about how he is considered negro in predominantly white São Paulo, and moreno in predominantly black Salvador. Even whiteness is subjective. My cousin for example, considered white throughout Brazil, was seen as brown when he came to the United States for school. This ambiguity makes it even harder to pin point and combat systematic racism in Brazil, and why it is lagging far behind the United States in fighting for racial equity.

2 thoughts on “Black Lives Matter in Brazil, Too. #VidasNegrasImportam”