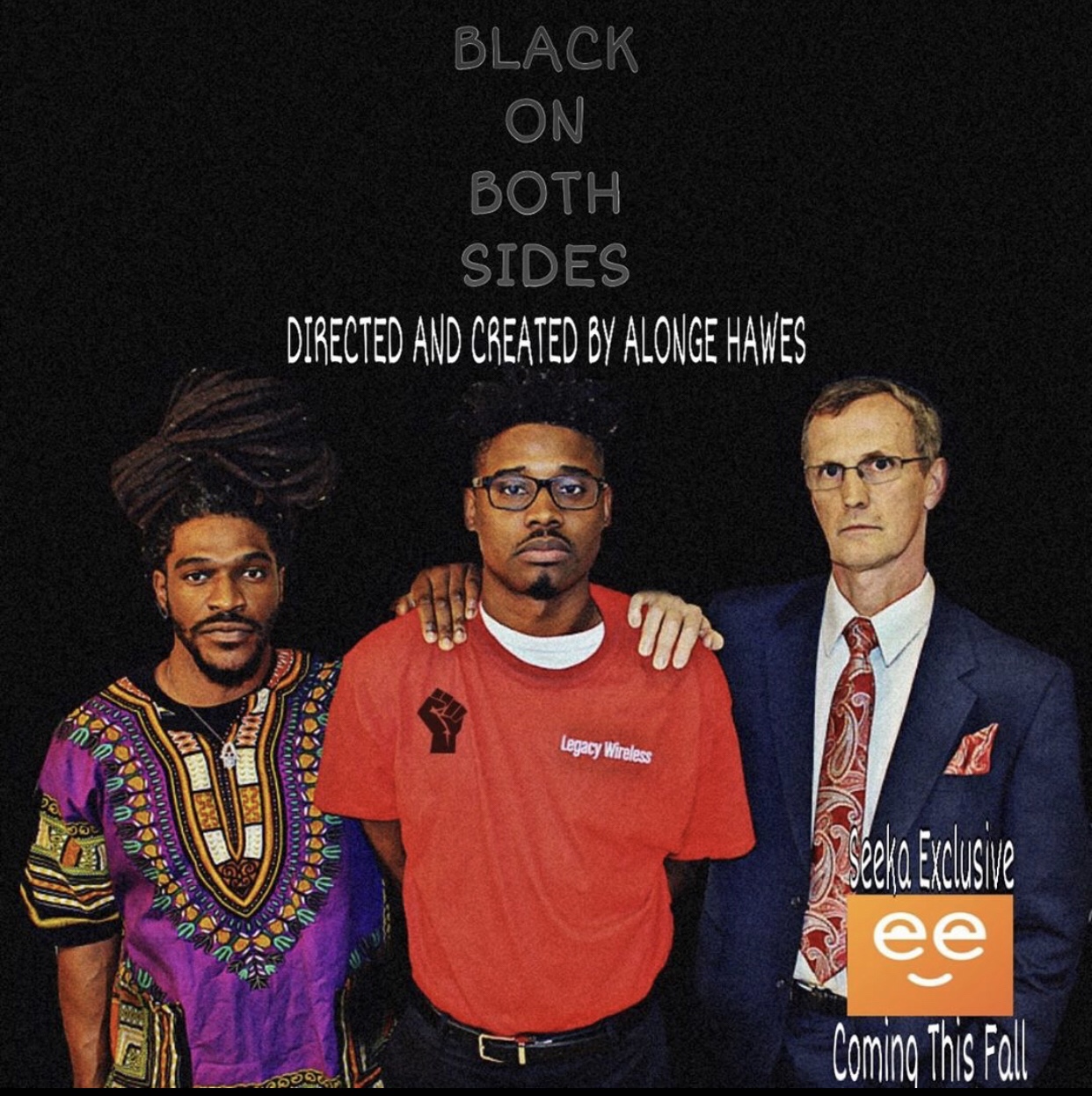 Watching Black On Both Sides has led me to question myself. Are there things that I do on a day to day basis that conflict with who I AM and with who “they” ( meaning the world) wants me to be? Lets start with Chapter 1, “The Spook Who Sat by the Door”. It brought to your attention the distinct diversity of characters and the roles that they play on a day to day in perspective to Alonge Hawes’ character Anansi.

Alonge Hawes has proven to be multifaceted. Being the Creator, Writer, and Director he has given us insight into every aspect of the series. Throughout the series he sheds light on serious subject matters based upon the mask his character must put on in order to jump the hierarchy ladder at his company, Legacy Wireless. He speaks ” white” or with proper grammar in order to gain favor. He goes above and beyond and his ability to change his speech and demonstrate the levels in his tone to match his white counterparts was amazing. Anansi even allows a small moment of self -shame in order to continue to give his boss the feeling of superiority over him.

I was intrigued by the level of thought that the series provoked. I questioned myself; “Am I too struggling with my identity? Do I portray myself in a light more appealing to my own white counterparts and this is the reason I have climbed the hierarchy ladder in my own life?”

But why is this? Why must we conform to a side of us that is in fact NOT us? All of the characters showed great strength in their roles. Struggling with bills, difficulties in co-parenting and even finding themselves in life or death situations with people of questionable character.

I believe that Anansi showed us that conforming to something that we are not has its ups and downs. Yes, a promotion is fine and dandy but not when those who are like “US” feel we have conformed or become a “sell out” or when it leads us to question who we really are at the end of the day.

I genuinely enjoyed episodes 1 through 4 of the series and I felt a genuine connection to the characters and their life situations. The only issues I noticed was the placement of the characters at times blocking one another faces during dialogue and one scene that had a problem with audio.