A little over a year ago, I was fortunate enough to virtually cross paths with Alonge Hawes. If you have been following QMC, you have most likely read or at least noticed a press release or review about one of his digital series. However, in this blog I have decided to elaborate on my personal relationship with him.

It all started when Alonge’s sister and producer Shani Hawes reached out to a website  I was Managing Editor of asking us to review their digital series, Blue Collar Hustle. I happily took on the project and was very impressed with what I saw! Keep in mind that this was the first web series I had ever watched so I had no expectations. I was blown away by the story telling and level of creativity. The topics were so relatable to black millenials, I couldn’t help but be intrigued.

After reviewing season 1 of Blue Collar Hustle, I was highly anticipating season 2. As expected, Alonge came even harder in season 2 with his unapologetic Black Storytelling! After watching it, I was inspired to make a life changing decision by way of quitting my full time job to focus on my dream of becoming a writer. Although I can now admit that this decision was irrational, watching Blue Collar Hustle lit a fire in me that I had never felt before. I felt a level of fearlessness and that no matter what happened next, I would be able to bounce back and figure it out. Season 2 of Blue Collar Hustle ended with Ajani, Alonge’s character, receiving a new opportunity. This made me realize that you can’t be complacent, because you never know when a better opportunity will present itself.

Since connecting with Alonge, I have constantly been inspired. Its crazy to communicate with someone phenomenal enough to direct, produce, write and star in their own independent digital web series. Earlier this year, I messaged Alonge inquiring about season 3 of Blue Collar Hustle and he told me that it was not going to come out anytime soon. I was devastated! I had so many questions and wanted to see the progression of each character, but as a fellow creative I understood that he had to put it on hold to bring another one of his visions to life. 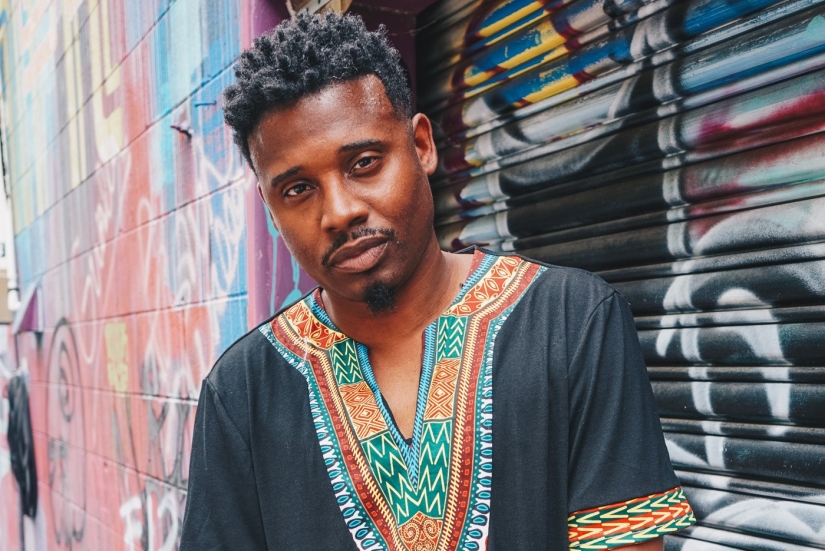 With that being said, at the end of 2018, I was inspired to create my own web series. I had never written a script, directed or acted in anything, but I was determined to figure it out. I had so many questions and concerns and I figured who better than to reach out to than Alonge who’s successfully created an award winning digital series? He had been so supportive of the website I had previously managed and now QMC, maybe he’d be willing to give me some guidance. It was really awkward at first to ask him for help, because I like to be independent and figure things out on my own, but I’m glad I did, because he has been so helpful and instrumental in me overcoming a lot of the obstacles I’ve faced throughout my journey creating Reckless Behavior The Series. Despite his busy schedule and many responsibilities, he still finds time to assist and provide mentorship to a fellow creative and for that reason I really appreciate him. I have never met anyone with the drive, wisdom and problem solving qualities he possesses. In addition, he is very organized and strategic; All qualities that are imperative for success. Knowing him personally, I can now fully understand why Blue Collar Hustle has become as successful as it is and I know his new series will do the same.

After a year of communicating via Instagram, I finally met Alonge in person in June. I told him that I’d be in Atlanta on vacation and he invited me to come on set of his upcoming project Black On Both Sides. I was so excited! I had never been on a set before, so this was definitely something I was looking forward to. Upon arriving to set, Alonge and his sister Shani showed me so much love and made me feel like family. It was so cool to see them working and they even went as far as to let me be an extra in one of the scenes. I was determined to use what I observed on set to execute the filming for my web series. It was such a professional and productive environment.

This fall, Alonge will release his new digital series Black on Both Sides, which has been described as a story of “Young African American millennials who are attempting to exist in a setting where blackness must come secondary to business”.  The series will explore themes of Post Traumatic Slave Syndrome, Pan-Africanism, and the ever-evolving meaning of blackness in a post-Obama administration America. I am so ready for this new series! I know that it will be breathtaking and that everyone who watches it will walk away having learned something, which is what we need in this day and age.