Created, written, and directed by Hawes; Black On Both Sides has been described as a story of “Young African American millennials who are attempting to exist in a setting where blackness must come secondary to business”.  The series will explore themes of Post Traumatic Slave Syndrome, Pan-Africanism, and the ever-evolving meaning of blackness in a post-Obama administration America.

Shani Hawes will play Nandi Chisholm, A 20-something who works alongside her cousin Anansi Moor (Alonge Hawes) at an electronics retail store called Legacy Wireless. Nandi has a carefree, fun-loving personality as evidenced by her love of anime and random inside jokes. Julian Robinson will play Henry Gil Scott Heron, an unabashedly “Pro-Black” co-worker of Anansi and Nandi who believes that he is the illegitimate son of renowned poet/author Gil Scott Heron, and as such dreams of owning his own poetry lounge. 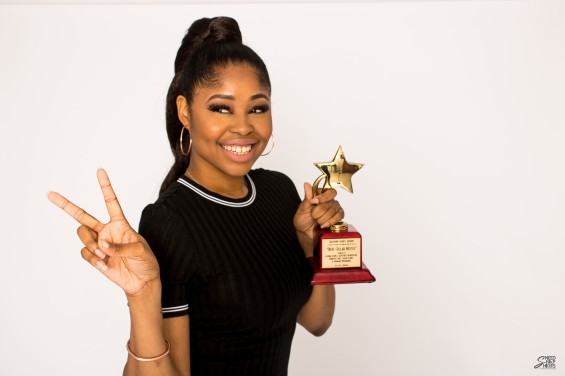 Julian Robinson is a relative newcomer. He made his onscreen debut in the supporting role of Jude Eubanks on the second season of Blue Collar Hustle, for which his performance was critically acclaimed.

The series is expected to premiere this fall on Seeka.tv; a next generation curated platform providing access to the most popular and critically acclaimed independent web series across the globe. The platform boasts nearly 2,000 episodes across more than 150 shows. Seeka.tv offers free viewership from both its online source as well as apps available on iOS, Roku, Amazon Fire, and Android.  Jairus Burks (Greenwood, Blue Collar Hustle, CreamXCoffee) will serve as Director Of Photography. Alonge Hawes, in addition to serving as Creator/Director, will serve as Show-Runner for the series. Hawes will executive produce the project alongside George Reese (Utopia Planitia). Jamal Mcclendon, Shani Hawes, and Rodderick Fedd will serve as producers.

Check out the latest teaser for ‘Black on Both Sides’ below! Queen Media Collective saw it first 🙂