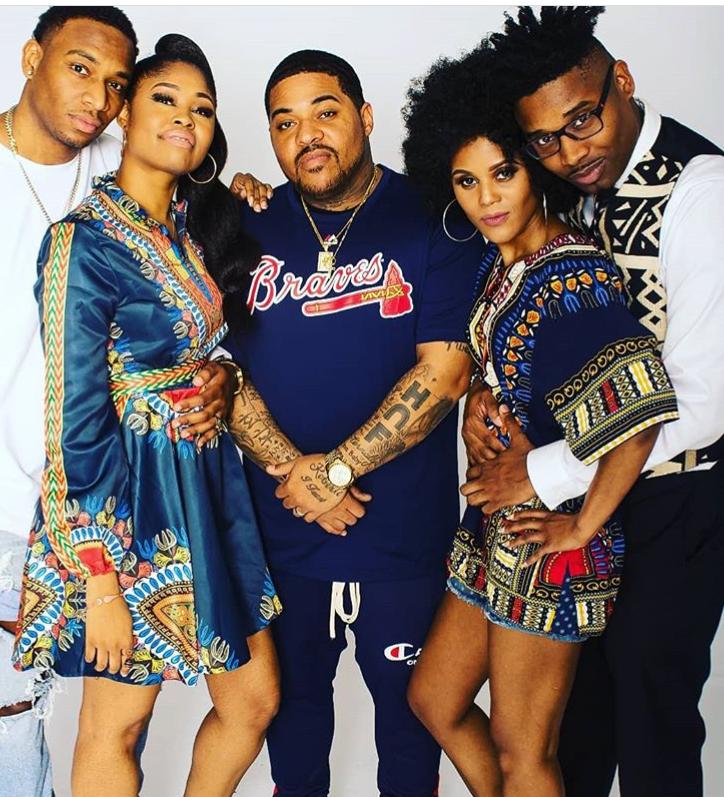 Today I watched the first four episodes of season two of the Blue Collar Hustle web series and it was epic. The web series is about “4 young men from Stone Mountain, Ga who attempt to change their destinies through Music, art, and imagination. All while juggling families, careers, and the realities that come with existing as black men in modern day society.”

The themes in season one were extremely relatable and intriguing. However, Blue Collar Hustle has grown tremendously as a series, so this season we can expect character development in ways that no one will be able to predict. But without further ado, let’s get into it!

The first episode, “A Bigger Dream Called Free” started the season off with a bang. In the opening scene, a man is shown giving advice to his baby boy by way of quotes from powerful black men in history. One of the quotes that stood out to me is one I have never heard before; “If you haven’t confidence in self, you are twice defeated in the race of life. With confidence, you have won even before you have started,” by Marcus Garvey. I love that in the first two minutes of the episode, I have already been educated. The scene fades out and we can see that the scene was a depiction of baby Ajani (Alonge Hawes) and his father. The words of wisdom Ajani received from his father years ago seems to have triggered what happens next.

Ajani and Anthony (Howard Woodburn) are in a work meeting and Ajani abruptly quits his job while his boss is mid sentence LOL. I subconsciously gave Ajani a round of applause, because I know so many people who have wanted to leave a job and follow their dreams, but refrained. Hawes is a phenomenal actor, because before Ajani walked out his body language perfectly illustrated that he had reached his breaking point. I was alllll the way here for season two starting out so strong!

Another thing I have to mention is the chemistry between Quan and Ajani. The scene where Asha (Shani Hawes) is about to walk by, we get a glimpse of a real bro moment. In case you forgot, in season one Aisha and Quan had a rendezvous and Quan never called her after (typical man). But let’s talk about Asha’s character and her sassiness. Her reaction to Ajani when he invites her to Quan’s show is priceless; She is the perfect representation of the strong independent black woman who don’t need no man. When Asha declared, “I’m expecting for men to step up and stand for something and Quan Banneker doesn’t stand for anything,” I think all us women felt that and wanted to insert name here. It will be interesting to see if she will give him another chance this season, cause let’s face it… they’re hella cute together!

Only four episodes into the season and there was already a climactic moment. Ajani suggests that Quan kneel during the national anthem before his first big performance in order to make a statement. Despite Quan and Jose (Roberto Cruz) thinking that Ajani is trippin’, Quan decides to kneel in the moment and this season’s story line begins to unfold.

I am VERY excited to watch the rest of this season. The first five episodes of the Blue Collar Hustle season two were released October 1st, 2018 and we will have to stay tuned for the last five. This season we will see how Ajani’s company begins to flourish and how each character’s lives will change as a result. Other themes to look out for include family, sexuality, colorism, relationships and culture.

To stay connected with the series, make sure you follow the official Blue Collar Hustle page at @Bch_webseries.